Intel Released a New Chipset Again... So What?

So Intel released a new chipset again, so what? Even though we only look at the Embedded Roadmap (as you should too), I was wondering what incremental improvements they were trying to push this time. New chipset, almost the same performance and functions, weird new name, so nothing new, right?

Wrong! Finally Intel released a chipset that is worth talking about. Major performance improvements like DDR4-2133 support and more PCI-Express lanes. So we are proud to announce our recent flagship line of Q170 Skylake motherboards, the Q170AX, Q170MX and Q170IX.

This time we decided to add even more features to the Skylake line alongside some of our favorites, like POST display, multi-serial ports with full handshake and RS422/485 support, dual display port connectors, etc.

Some new features are: PCIe x16 slot with bifurcation support, several x4 and x1 PCIe slots (Q170AX and MX only), and a new slot configuration, where we moved the PCIex16 slot from slot 7 to slot 6, allowing for easier memory module access. Have you ever tried to remove or add a memory with a graphics card installed? I rest my case. Lastly, an easier riser card configuration when using our boards in lower profile rackmount systems.

To dampen our excitement about the new platform, Intel decided to remove the native USB 2.0 controller (EHCI), to encourage legacy friendly people like you and me to migrate to Windows 10 but no fear, we will also support Windows 7 on our boards and can install it by pre-loading the USB 3.0 drivers into the OS image.

Want to learn more about bifurcation support?
Stay tuned for the next issue of Martin’s Corner “Building on Graphics and Processing Speed with PCIe Bifurcation Techniques” 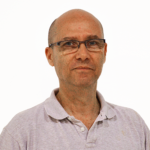