ECC Memory, RAID, and IP Ratings Explained for Everyone!

Martin offers simple and easy to understand explanations for some of these technologies and terms.

For this installment of Martin’s Corner, I thought that we would cover a few of the common computer related terminology and technologies that we engineering types take for granted, but many out there may not fully understand.

Today we'll give you a basic and easy to understand idea of what is ECC memory (RAM) , what is RAID, and what do those IP ratings mean when you hear about a product being “IP65” or “IP55” rated.  We'll cover what these technologies and terms mean to you, and why you should (or shouldn't) care about them.

ECC Memory:  We’re seeing more questions about ECC memory due to the support now offered on our new Q57 family of motherboards.  “ECC” stands for: “Error Correction Codes” and is a specific type of computer RAM that is designed to correct errors that will naturally occur in the operation of a computer system.  These memory errors most commonly occur due to disturbances caused by electrical noise or cosmic rays striking the memory cell.  That’s right, cosmic rays are constantly passing through us and our world, and they create some interesting problems for RAM, making some of those pesky 1’s and 0’s switch places when radiation from space impacts the module just right.  Eventually those errors, if uncorrected, will crash a computer... it’s just a matter of time.  ECC RAM and a compatible chipset will be able to detect those errors, and make the corrections necessary to keep everything running safely.

Q) Do you have to use ECC memory?
A) No, normal (non-ECC) memory will plug into the socket and operate just fine.  Most people use non-ECC memory. However, if your system serves a mission critical application, and your system supports it, yes, using ECC memory would be a very, very good idea.
Q) Does ECC Memory have a performance impact on the computer?
A) Yes, a typical 2% performance loss is the price you must pay for the increased system stability and long-term reliability.
Q) Is “buffered” memory the same as ECC?
A) No, buffered memory is rarely used except for on large, server-class motherboards that have numerous different RAM sockets. The buffers act as a sort of amplifier for the RAM signals when there are a lot of sockets and RAM chips present on a board.  For most users, unbuffered RAM will be all you ever typically encounter or need.

RAID Disk Storage: There has also been an increase in questions about RAID due to added support with our new Q57 and Q35 series of boards.  RAID stands for “Redundant Array of Independent Drives”.  It is a way of combining multiple drives together, so they all appear as a single hard drive in your operating system.  It is basically using the principal of saying, “If a single drive failure will lose data, then let’s share the information over multiple drives so a single dead hard drive won’t make me lose all my stuff”  There is an amazing quantity of painfully technical details about each type of RAID, but I'll stick to the highlights.  When referring to RAID arrays, you will hear the terms: “RAID 1”, “RAID 0”, RAID 10”, etc.  These numbers refer to the method of splitting the data up between the “redundant drives”.  Here are the “Cliff Notes” for some of the most common RAID types:

RAID 0 : This is also called “Striping” and it’s not about redundancy, it’s all about speed.  Your risk of data loss is actually INCREASED  (2x) by using this method,and your speed can be almost doubled.  All data is split between the two drives simultaneously, resulting in faster reads and writes.  People most concerned with absolute speed use this, often for projects like HD video editing or rapidly serving cached data.  If a RAID 0 array uses (2) 1TB drives, then the total storage will be 2TB, however if one drive fails in the pair, you lose everything.

RAID 1 : This is one of the most common and most simple types of RAID, often called “Mirroring”.  Like the name implies, this array uses two drives, and maintains an exact “mirror”, or copy of everything on the 2nd drive.  If one drive fails, the computer continues on working as if nothing happened, simply using the remaining functional drive.  Once a replacement drive is installed, the computer will “rebuild” the array by copying over the data from the original good drive, to the new one.  During the “rebuilding” process, (as with all RAID arrays) a performance loss is usually felt, because the disks are very busy re-duplicating themselves, but the computer remains functional the entire time.  Sometimes the users of Mirrored arrays will see an improvement in READ speed from hard drives (both drives can read different data a the same time to speed things up, similar to striping), but write data will be the same or slightly slower because both drives must always write the same thing at the same time (to maintain the exact copy)  If a RAID 1 array uses (2) 1TB drives, then the total size of the array will be 1TB.

RAID 5 : Now this is where things in the background start getting complex.  RAID 5 shares the data across a minimum of 3 drives.  Like RAID 1, a single drive failure is allowed, but, you are able to achieve more storage space from your drives.  If a RAID 5 array uses three (1TB) drives, the operator will end up with around 1.5TB of usable hard drive space due to the way the data is shared between the drives.  This was more important in years past when hard drive capacities were lower.  These days, the trade off of the slower disk access speed, and longer rebuild time (in the event of a single drive failure) has made RAID 5 less desirable.

RAID 10 :  (Also called: 0+1) This is now one of the more common and fastest forms of RAID, which combines the speed benefits of RAID 0 (splitting the data evenly over 2 drives), with the data protection of RAID 1 (keeping an exact duplicate copy on a 2nd drive).  With RAID 10, (4) Drives are automatically arranged into two separate RAID 1 mirrored arrays.  Let's say drive 1 and 2 are in array A, and drives 3 and 4 are in array B.  Arrays A and B are then combined into a single RAID 0.  Remember, RAID 0 was dangerous because a single drive failure causes you to lose all your data… but now that problem is eliminated because (A) and (B) actually each consist of 2 mirrored drives.  This means you can lose a single drive in “array A” and a single drive in “array B”, without any data loss.  This is one of the fastest RAID arrangements available next to RAID 0… but gives you the extra speed that is missing from a simple mirrored RAID 1 array.  With this arrangement, like a mirrored RAID 1 array, if you start with (4) 1TB drives, you will end up with a total of 2TB of usable storage space

Hardware RAID vs Software RAID vs. Intel Matrix Storage RAID: Just as it sounds, one method handles the data splitting via hardware, the other handles it via software, while the third is a combination of both.  What does that mean to you?

A Software Based RAID will generally operate a bit more slowly, because the computer is actually having to decide what data is stored on which drives.

A Hardware RAID will be faster, because the computer is taken out of the equation, and the hardware device divides up the information between the drives, and simply feeds the computer the data that it asks for.  The drawback here, is that your RAID card can potentially fail, leaving you stranded (many system operators keep a spare RAID card on hand for such an emergency).
Intel Matrix Storage RAID is interesting because it combines hardware and software RAID, reducing a point of failure by handling some of the data splitting functions on a chipset level, and offering slightly higher performance than a pure software RAID solution, but, it does require a software driver.

With our new Q57 series of boards, our team designed in both a true hardware RAID solution AND the Intel Storage Matrix RAID solution.  The hardware RAID offers levels 0 and 1, using two drives, and is completely transparent to the operating system.  Windows, Linux, DOS, QNX, whatever your operating system… it is completely compatible.  Typically people will set this as RAID 1, and store their operating system here.  The Intel solution that is built-in, requires the Intel Storage Matrix drivers and is compatible only with Windows and Linux, but offers RAID 0,1,5 or 10, all built into the motherboard with no hardware add-on cards required.  Just plug in the SATA drives and configure your array(s).  Typically companies needing heavy data access will configure this as RAID 10.  This maximizes performance, by moving the operating system disk activity to a different location.

IP Weatherproofing Ratings: Ok, enough about computer hardware, let’s talk about housings, and specifically, how to understand just how weatherproof a given housing may be.  When you are reading about a product (often referring to rugged computers, security cameras, or various machine housings) you may encounter something referring to an “IP” rating.  The “IP” stands for “International Protection” or “Ingress Protection” (depending on who you ask)  This use of the term is referring to the level of dust and liquid resistance, or put differently, just how well a housing is sealed against the elements.

So when you see “IP67” it is actually telling you two different bits of information.  The first digit refers to dust protection and the second refers to water/liquid protection.  For your reading "pleasure", I present the following mind numbing chart that will give you the secret code; however a decoder ring might be needed for one to actually remember it all:

So let’s make this easier, what’s the main thing to remember about this?

IP66 = Ha! No problem outside, put it almost anywhere with average USA weather

IP67 / IP68 = Whoa!  This sucker is sealed tight, it “Laughs at water” it can go anywhere from under your awning to directly facing a hurricane... Bring it on!

There are additional, lesser used IP letter designations, and there are additional complexities about ECC and RAID.  However what I've covered here will let you into the “secret club”, without exploding your brain, and give you a little more information than the average person would know about these subjects.

As always, if you would like to make any comments, or point out any glaring errors, feel free to email me at: martinscorner@corvalent.com :-)

Until next time, happy computing, and remember, when the forecast calls for rain, don’t forget your IPX2 rated umbrella! 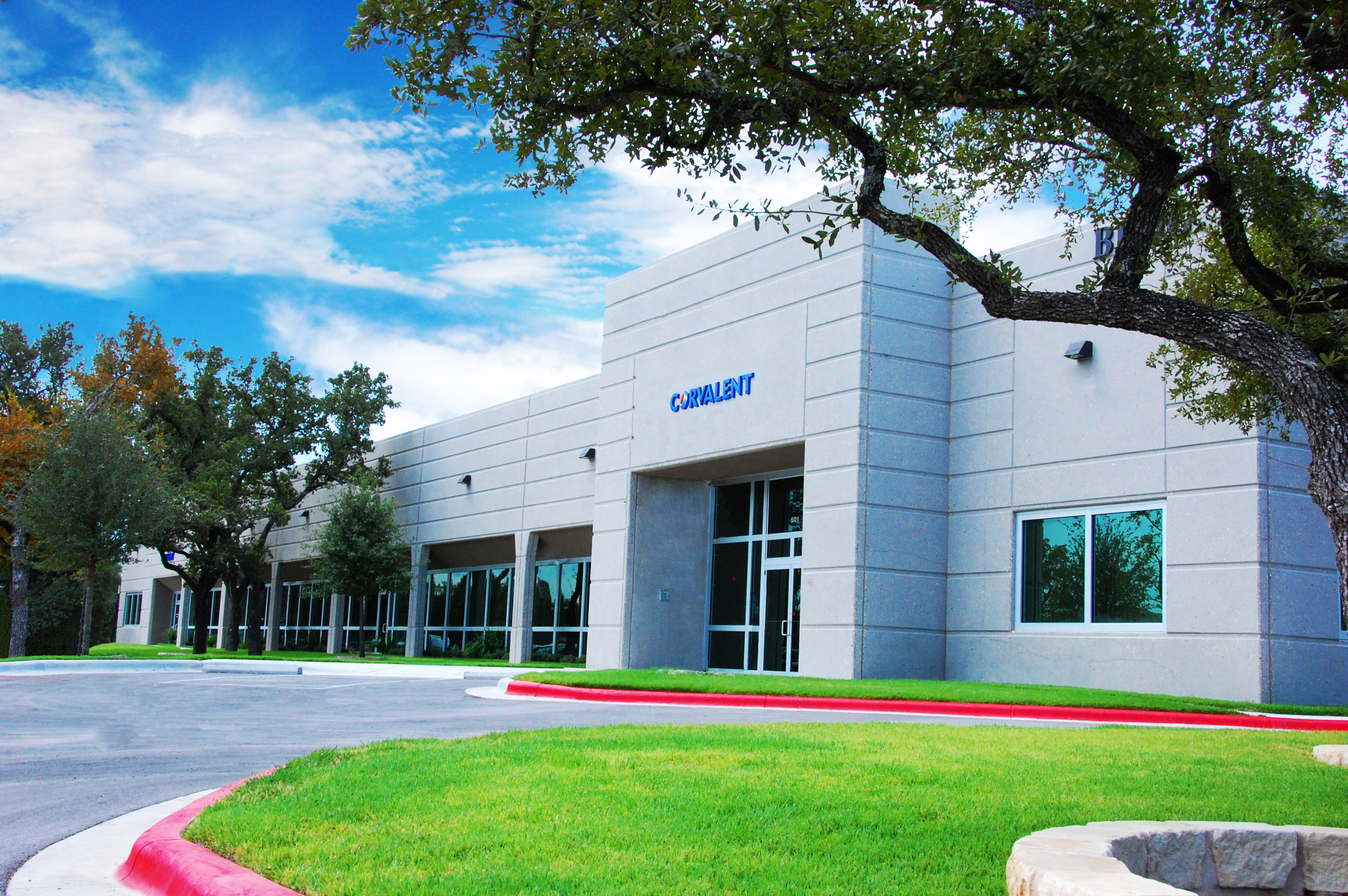