In our last Blog we talked about Asset Tracking and how important this is to your business, from loss prevention (theft) to “where the heck is my equipment” to “where are my people and are they doing what they are supposed to [be doing] out in the field?”

As I promised in the last Blog, this one will bombard you with too many acronyms, but it will also explain what they mean, and how you can best take advantage of key technologies to solve real world problems. There are two main types of asset tracking: Indoors, sometimes abbreviated as IPS (Indoor Positioning Systems) and Outdoors. We will tackle outdoor monitoring in this Blog entry.

Asset tracking is the generic term for monitoring the location and the status of any type of asset, whether indoors or outdoors. It seeks to solve the question, “where is my equipment, and what condition are they in?” Sometimes IoT (Internet of Things) and Industrial IoT (IIoT) people use the term “Real Time Locating Systems” (RTLS), but this is both a general term and also by definition means “in real time” (meaning continuously). This can be erroneous, because many assets only need to “check in” with the IoT system every so often (say, twice a day, once an hour, and so on). Another term used is simply “Location Based Service” (LBS), which is a general term that not only includes using software and hardware to find the assets, but also mobile commerce (for example, using your personal location on your mobile phone to detect if you are near a particular store, and beaming coupons and offers to your phone). This is not considered IoT or IIoT. A subset of LBS can be IPS (Indoor Positioning System), which is a term used for tracking assets indoors and not using the Global Positioning Satellites (GPS) to do it (indoors it can be difficult to get signals from the GPS satellites).

The American Global Positioning System (GPS) consists of up to 32 medium Earth orbit satellites in six different orbital planes, with the exact number of satellites varying as older satellites are retired and replaced. Operational since 1978 and globally available since 1994, GPS is the world's most utilized satellite navigation system.

The GPS receiver calculates its own position and time based on data received from multiple GPS satellites. Each satellite carries an accurate record of its position and time, and transmits that data to the receiver.

The satellites carry very stable atomic clocks that are synchronized with one another and with ground clocks. Any drift from time maintained on the ground is corrected daily. In the same manner, the satellite locations are known with great precision. GPS receivers have clocks as well, but they are less stable and less precise.

Since the speed of radio waves is constant and independent of the satellite speed, the time delay between when the satellite transmits a signal and the receiver receives it is proportional to the distance from the satellite to the receiver. At a minimum, four satellites must be in view of the receiver for it to compute four unknown quantities (three position coordinates and clock deviation from satellite time).
Source: Wikipedia.com: https://en.wikipedia.org/wiki/Global_Positioning_System

CAT-APM (Connected Assets Technologies – Asset Performance Monitoring) supports outdoor GPS based positioning for assets as large as drones and fracking trucks to as small as notebook computers or tablets. Position can be determined as frequently as needed, although typical ranges are between once every 10 seconds and once each day, depending on use case. Importantly, when an asset that is being tracked moves from outdoors to indoors, our system can transition to IPS (Indoor Positioning System, or IPS), the subject of our next Blog posting (Coming Soon).

Outdoors Asset Tracking is used for: 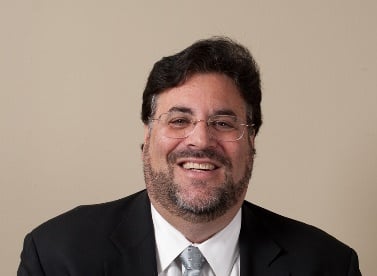